Warning: count(): Parameter must be an array or an object that implements Countable in /misc/1/000/159/801/0/user/web/ghosttech.com/wp-content/plugins/profile-pic/profile-pic.php on line 489 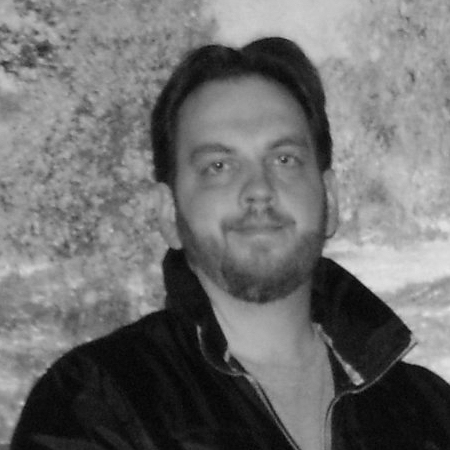 We need the next generation of paranormal investigators! If you are interested in joining us to continue investigating The Lord Baltimore Hotel and other locations in and around Baltimore click here: http://ghosttech.com/contact-vince/

The Baltimore Society for Paranormal Research will be conducting regular investigations in Baltimore and beyond. Meet us for dinner at the famously haunted Lord Baltimore Hotel and learn the ins and outs of modern paranormal investigation. We will be certifying psi-field researchers and conducting workshops.

Other things available to BSPR members:

You’re at home alone. You hear a noise downstairs. It’s a burglar! The creep must have thought you were out since the lights were down and you were listening to music. Now he’s coming up the stairs. What are you going to do? Should call the police? It could be 10 minutes or more before they got there. Wait a minute! Your neighbor Joe across the street has seen every episode of COPS since 2002! Surely he must be qualified to handle this situation!

Sound insane? As crazy as letting someone operate on you because they have every season of Scrubs on DVD, right? Yet, every day in this country someone is going to into the homes of average American’s claiming to be a qualified scientifically oriented paranormal investigator. When someone thinks they are experiencing paranormal phenomena they usually go online, do a Google search on their immediate area along the lines of something like “Hoboken ghost hunters”. When the search results come back you may see several ghost hunting teams for your immediate area.

Laptops are quickly becoming essential pieces of gear for the intrepid paranormal researcher. Many places you may be going to investigate may have WiFi or some kind of hook-up for the internet. Indeed, you may even have a 3G compatible card in your laptop or netbook already. Now you can “wired” anywhere! That means you can record and catalog data and with an online server, save it virtually unlimited amounts of information. But, I am getting ahead of myself.

I am big fan of Pro-Measures, the manufacturers of the Mel-Meter, for their multi-tasking devices such as the before mentioned Mel-Meter. The model I have has an EMF meter, thermo-coupler thermometer and vibration sensor built into one tough and durable little unit. You know, if more people thought along long those lines, we would need a lot less equipment bags and smaller budgets.

Here is where I get back to the laptop, or more specifically, netbooks.

Netbooks are everywhere now and they are getting cheaper all the time. It is not uncommon to see a sleek Asus netbook on sale at for under $300. Although they usually do not have a built-in DVD or even a CD ROM drive, they are nevertheless not short on features. Tons of RAM and 250 gigs of HD space or more in many cases. Netbooks are the killer hardware app until the pad PCs catch on. Now let me ask you this: If you could have either a Netbook or a $300 voice recorder for EVP, which would you go for? Many of you may say, “The voice recorder! I already have a laptop.” Sigh… With a netbook  you can have all the goodies of that voice recorder plus MORE!!!

Think about it… If you bought a Behringer Podcast Studio setup and hooked it up to your new netbook, you would have the quality of a small recording studio in your carrying bag! Check it out:

Download the audio software Audacity for free and start recording the best EVP you ever got! Use Skype to talk to colleagues and ask their advice. Even upload EVP to the web for the public’s opinion (You have the original file, don’t worry about people “stealing it”). With a small Aiptek HD video camera, you can upload and analyze  data on the fly with a built in SD card slot.

Trust me on this, get a netbook, you’ll be happier!

I am very skeptical of many aspects of the paranormal, especially when it comes to new “pseudo-scientific” concepts and untested technology. A few years ago, a fellow from Great Brittan brought, from across the ocean a marvelous sounding contraption called the Paranormal PC. …

The first time I encountered this device was during a tour/investigation of the Jennie Wade House in Gettysburg in March 2009. I was monitoring the basement of the house when some would-be investigators joined down there to attempt communication with their Ovilus. Now, I had heard of this gadget and was very interested in seeing it function. Suffice to say I was a little disappointed with the number of times it said “feet”. Much of what was coming out of it was totally incomprehensible. Shortly afterward I decided to do a little research into this device. …

Unless you have been living on another planet the past few days (as I write this is August 15, 2008) then there’s no way you can be interested in the paranormal and not know about the recent Sasquatch excitement. Just in case you were doing the old Klaatu-barada-nikto two-step with ET, I will recount the events for you. Two Georgian men looking for Bigfoot in the woods actually found one. Actually they found the wilderness primate version of road kill. Yes my friends, the legendary ape-man is dead. Well, one of them anyway. …

Lights Out and Nite Vision Vs. Common Sense

Are you a ghost hunter? How many times have you sat in the dark, waiting for something to happen? How many of your ghost-vigil videos are recorded in green IR induced hues? Most importantly, how open-minded to change are you?

Lights Out and Nite Vision Vs. Common SenseRead More »

As you can tell by my recent article on the Mel-Meter, I really enjoy using that device. I use far more than my homemade cold spot detector and any other EMF meter I have. However, there is one aspect of the homemade temperature sensor that I made that I still miss – the length of the probe used to detect temperature!

What I had done was to take a simple temperature probe from any Wal-Mart or online electronics store (pictured-lower right) with an indoor/outdoor hookup and use that for my cold-spot detector. …

The K-II Meter vs. Science

First of all, EMF meters do not detect ghosts. Well, they probably don’t. Researchers who have been doing this for decades will tell you that using equipment like EMF meters is for the purpose of detecting the effects ghosts have on the environment. Since we still don’t know what ghosts are, it is the only way. We take base readings and then we compare those reading against supposed paranormally active situations and then we look for differences. Even many of the investigators on TV will tell you this. How the TV producers spin this information is usually very different. It is often easier to say EMF meters detect ghosts as opposed to explaining the science behind the technology. …

The K-II Meter vs. ScienceRead More »